Interview with a Livestreamer: @SenshiSuni 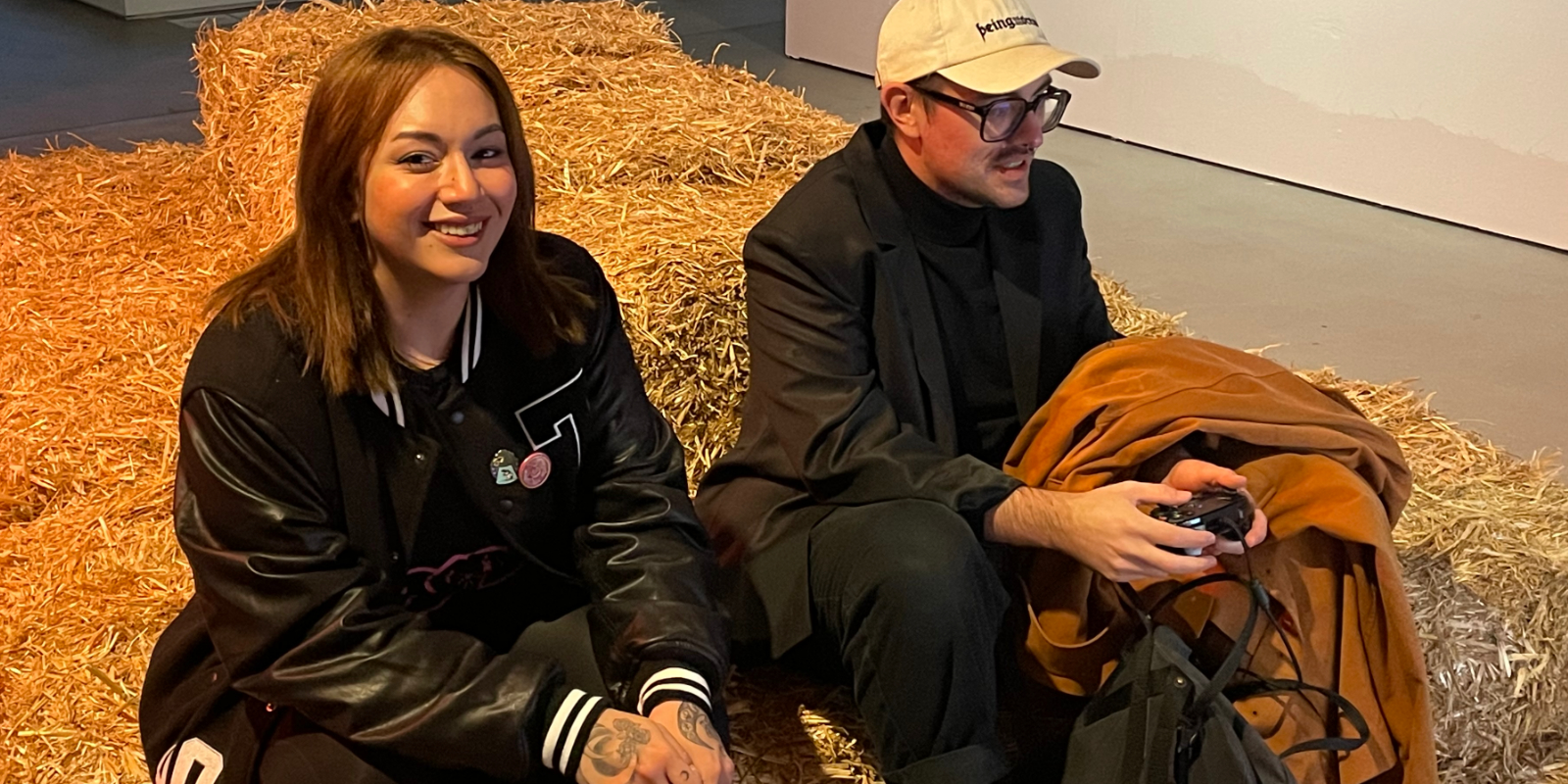 As part of the Radical Gaming exhibition, we were visited by Swiss live streamer Suni (@SenshiSuni)! We interviewed her to get an insight into her story, the influence that streaming has and may continue to have on the games community and industry, as well as her perspectives on the games as art.

As part of the Radical Gaming exhibition, we were visited by Swiss live streamer Suni (@SenshiSuni)! Suni focuses on mental health in her podcast-style streams whilst playing a variety of games. She started streaming three years ago and has since grown a loyal and diverse following. Suni visited HEK to participate in the “Medienkultur A-Z: Livestreaming” and on the following day streamed games from the Radical Gaming exhibition. Isabella Maund, member of the Education Team at HEK, interviewed her to get an insight into her story, the influence that streaming has and may continue to have on the games community and industry, as well as her perspectives on the games as art.

Isabella Maund: As someone who interacts with games, gamer content and the gaming community on a regular basis, what do you think is required for a piece of work to be awarded the title of “game”? Visitors of the Radical Gaming exhibition have had varying opinions on this topic, what’s yours?

Suni Senshi: I believe that a game has to satisfy a need that you can’t easily fulfill in the routines of your daily life. If you’ve had a stressful day and need to let off some steam or maybe you have an unfulfilling social life and long for adventure – these desires can be somewhat quenched through playing games. A real game for me is something that sparks joy, when things in “real life” are unable to.

IM: Are games by definition, art? What about games that have been especially made to be viewed in an museum setting?

SS: For me, a game is truly a piece of art, when the graphics, storyline and gameplay are synchronized, supporting each other hand-in-hand. With regards to games as art, I think it’s completely fair to live out your art through games. But, simulating the world around you doesn’t automatically make a game, it’s just a simulator. You need to go beyond recreating the „real world“ and instead create a new world. I also think the experience of gaming is very different in a museum setting. You don’t spend as much time in a museum as you would at home behind a computer screens, so naturally the gameplay is different and I think there is more importance on aesthetics.

IM: There’s quite a difference between playing a game with and without an audience. What motivated you to have the many eyes of the internet watching you?

SS: I grew up in two restaurants, so very early on I learnt how to be an entertainer. I always had the need to entertain, but I never really thought a platform like youtube was something for me. To be honest, I don’t really know how I made the jump, I just did it. I once asked on Facebook if anyone had a camera for playstation 4, two people sent me one for free. So, I took it as a sign to get started!

IM: It seems like it’s in your veins to be an entertainer. How has being an online personality impacted your in-person relationships?

SS: Everything that’s “real life” is very draining to me. I have to admit, being an online entertainer really takes away my need to socialise outside of the streaming context. I feel like friendships that I maintain online are so much less likely to fail. I’m used to the fact that I have time to respond, I don’t have to immediately react like I would face-to-face. It’s easier to manage my emotions and reactions, it gives me the time I need to process information and react in a way that feels most authentic to me. In reality I can’t hide my emotions on my face. It has also helped me set stronger boundaries, a practice I have had to develop as a streamer.

IM: Do you think that being openly asexual has protected you from some of the common pitfalls of being deemed a “gamer girl”?

SS: My asexuality makes me very oblivious to sexual things, so I think that to some extent it has protected me. I don’t talk so much about my asexuality on stream though, so I don’t feel like it’s made a huge impact in ways that are noticeable to me. I have a varied audience, people of all different age groups and backgrounds. Sometimes teenage boys come to me for dating advice, which is a great privilege. Being in this position has allowed me to have some kind of positive influence when it comes to promoting respectful behavior and the importance of mental health. I also really want people to know that “gamer girls” are just normal people. I know plenty of female streamers that are scared to speak up out of fear of losing audience. I’ve never knowingly used my sexuality to become more successful as a streamer, so I think that in some ways this has given me the confidence to set clear boundaries and help some of my streamer friends to not have to tolerate being sexualized without their consent.

IM: Do you think the development of virtual worlds, i.e. the Metaverse, could help protect “gamer girls” from some of the realities of being an internet personality?

SS: I think that the Metaverse could allow for more anonymity as a streamer. There are already VR streamers, known as „V-Tubers“, that use animated avatars over their faces like masks. This for me is just like an alternative profile picture, it’s not a whole different person or identity but it does make it easier to keep some level of privacy or separation between virtual and non-virtual. It’s a great security blanket for insecure people. But I don’t see it doing that much, because as far as I understand it’s just like an avatar.

IM: Now that livestreaming is so popular do you think it’s having an influence on the development of games and the games industry?

IM: What’s the future of livestreaming? What are your goals as a streamer, where do you see yourself? What do you want?

SS: I have been saying since the start of the pandemic that streaming is soon going to be mainstream, especially as a form of entertainment. More people are staying at home and more people are also creating more content. I don’t see streaming going anywhere but up from here. Twitch is going to be as well known as youtube or vimeo, etc. It’s been around for 10 years now, I think it’s meant to stay. Other platforms are following suit. You can now stream from practically all social media platforms, it’s just not always called „streaming“ even though it is. When it comes to my goals, I really want to normalize and promote female streamers and gamers. I want to focus on open and honest conversations around mental health and build a community that is empathic and understanding of different people and their stories.