do it yourself!
#circuit #DIY 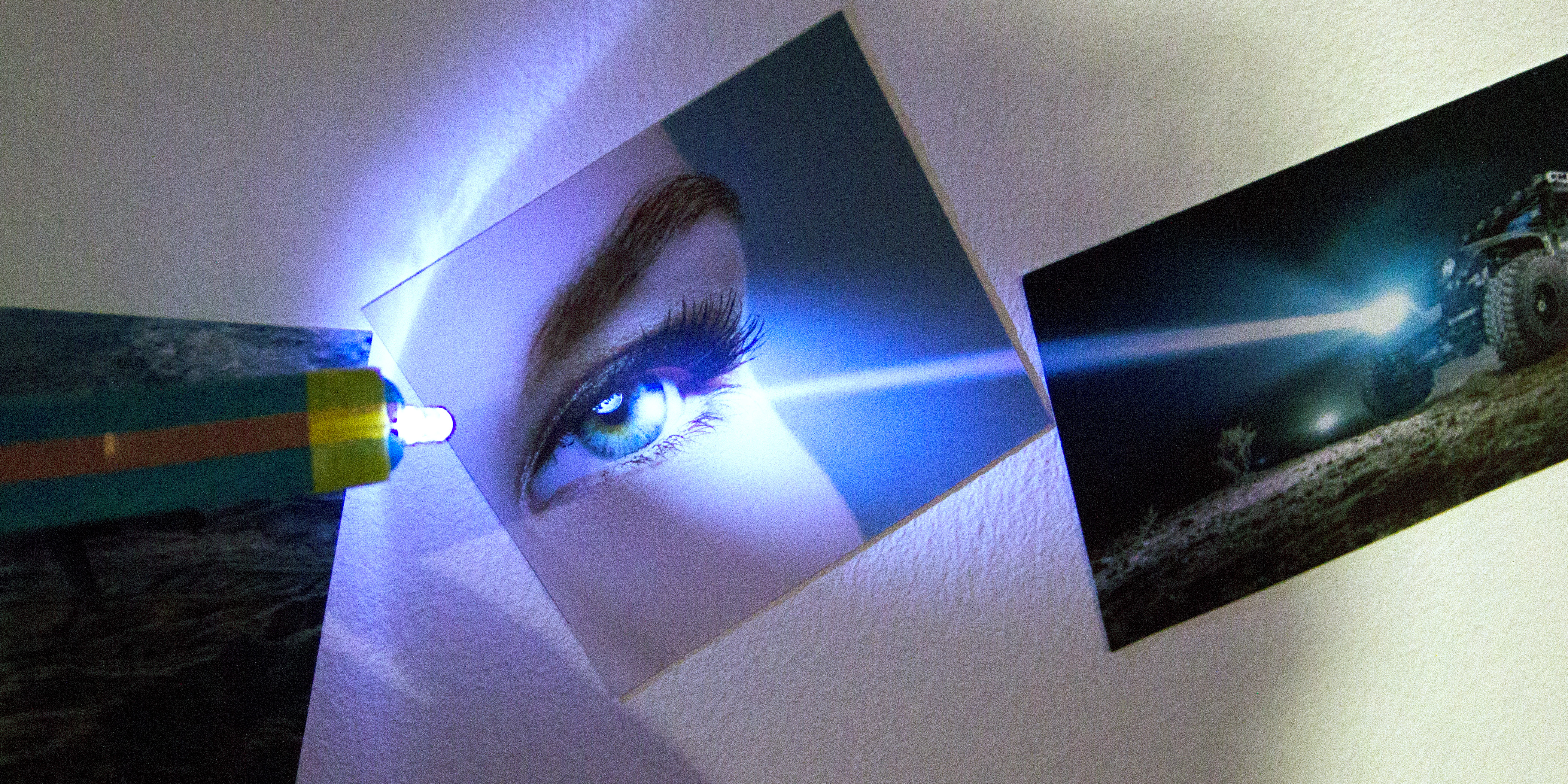 Light up with the most simple torch in the world!

With this super simple flashlight you can not only take a closer look at things in our exhibition, but also illuminate your play worlds, explore the dark corners in the basement or examine someone’s throat like a doctor. You need:

These instructions are also available as worksheet: Download Worksheet The trick with the electric circuit The circuit of this torch is closed by the metal clip. So the current flows from the positive side of the battery via the upper copper strip to the LED. With the long leg of the LED, the current flows in, makes it glow and then passes over the short leg to the copper strip on the back of the stick. From there it flows through the metal clip back to the negative side into the battery. This only works if the clamp is made of metal. Sometimes there are difficulties with colorful painted staples – then simply fold down the legs of the staples onto the copper strips. You can buy things here:

Comments The cover picture shows the DIY torch in front of the work “Polarizing Times” by Alan Bogana, which was shown in the exhibition “Swiss Media Art: knowbotiq, Alan Bogana, Félicien Goguey – Pax Art Awards 2019“. This manual was created as part of the Family Day workshop for this exhibition.