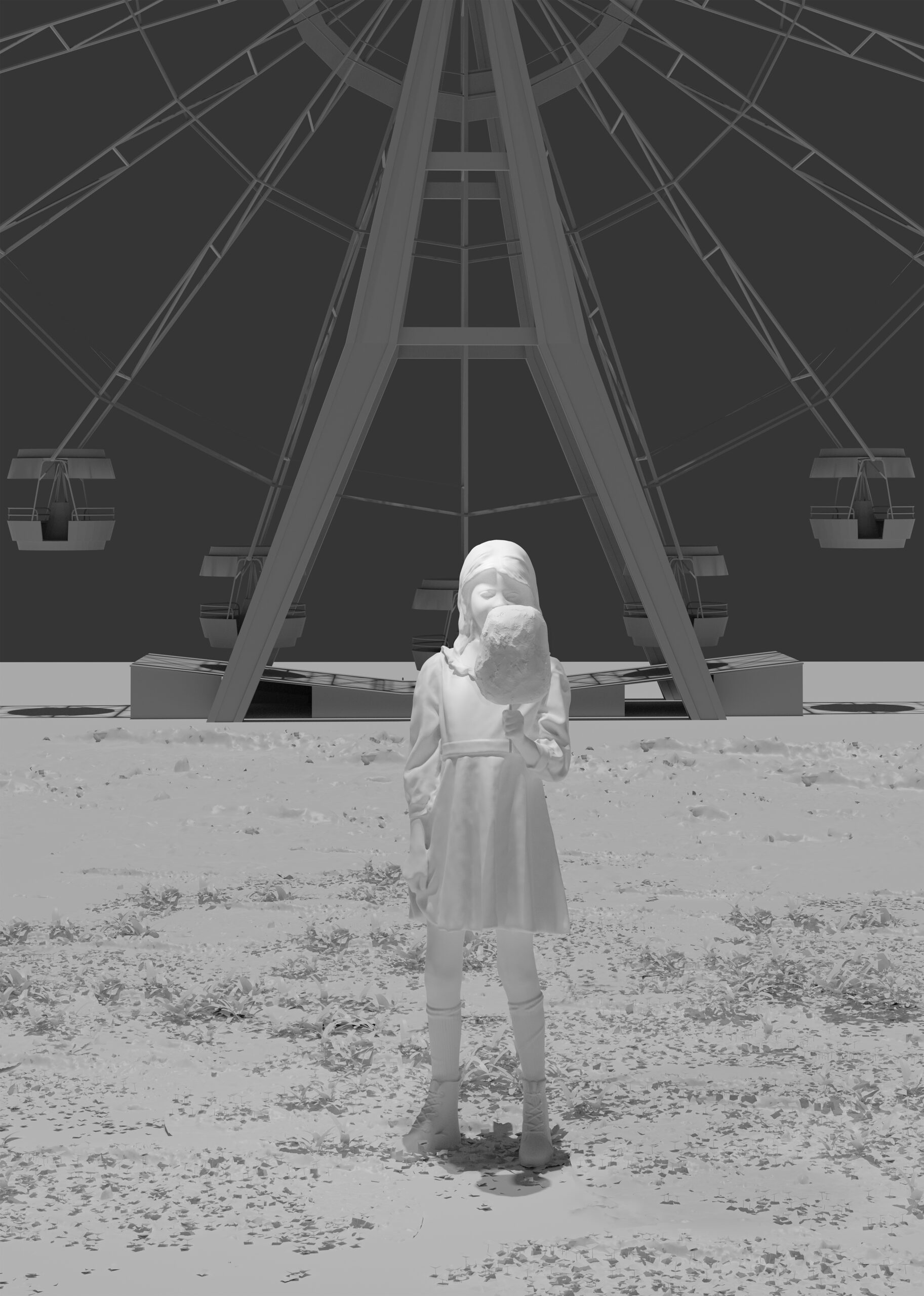 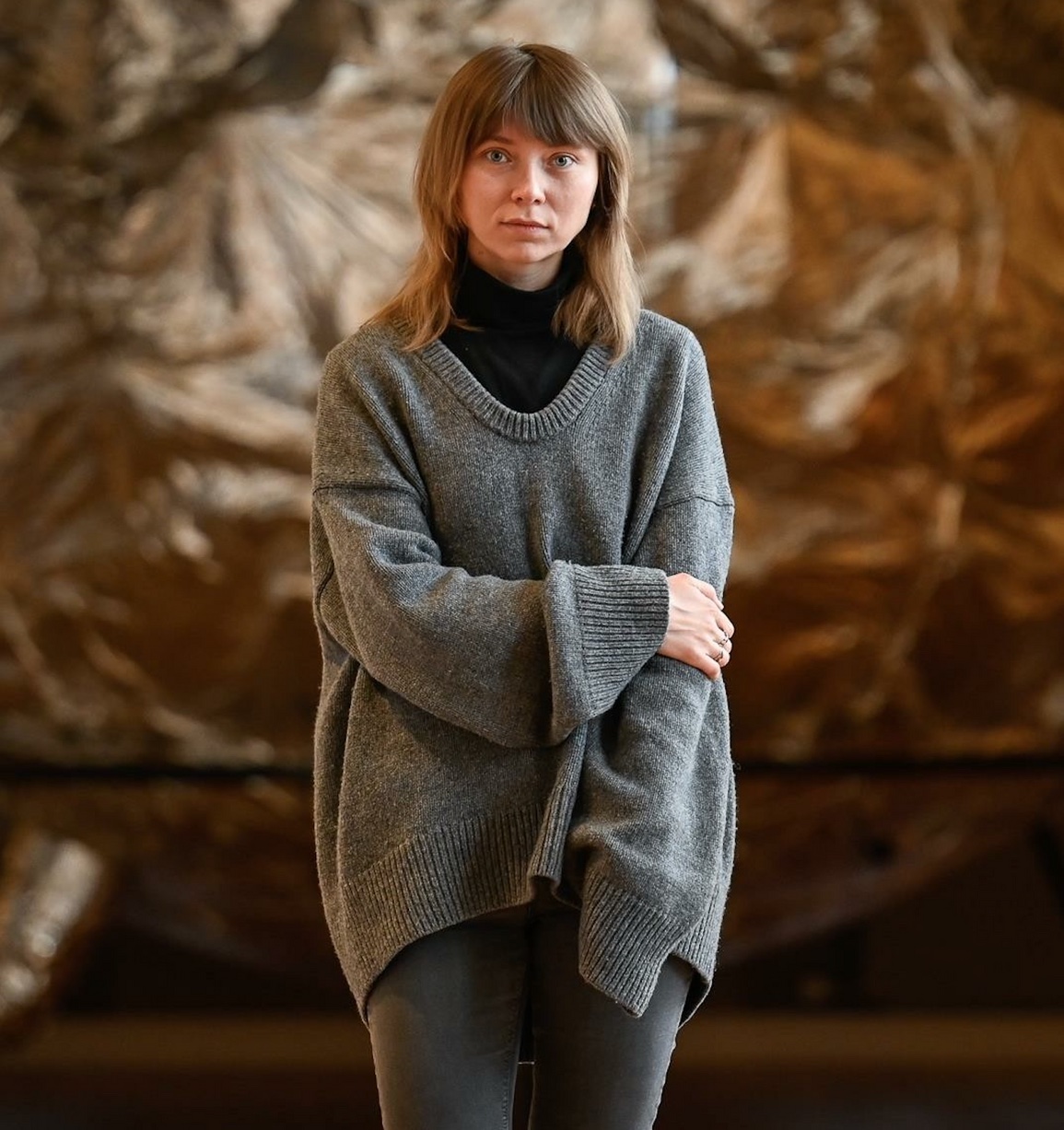 Using the latest technologies (3D scanning, 3D modeling, 3D printing and virtual reality), in her work Julia Beliaeva turns to a rethinking of tradition and traditional media in an ever-changing virtualized world. She is interested in how technology affects us and our consciousness, as well as how the latest tech- nology can make sense and update traditional media. In particular, Beliaeva works a lot with porcelain, which gives her the opportunity to reflect on the heritage and lost traditions through a combination of new technologies and the popular in Ukraine ceramic industry, which is now lost.

“Blood burns in my veins when reading about the countless cases of Russian soldiers’ violence against Ukrainian women and minors. It awakes the thirst for revenge for the abolished life. All these cases concern every Ukrainian woman and each of us feel this unbearable pain, but we will not let our enemy break us. This feeling of revival and strength carries this image. It is also a reference to the legend of Judith, a woman who was a patriot and saved her city from the Assyrians, beheading the commander. The posture of the goddess resembles the well-known picture of Fedir Krichevsky ‘Bride’.”

“An image of a human-flag raises the question about the value of individual’s rights. The human itself and its individuality – is a main value for the state, its most precious resource. To what extent is a modern human free? Humanity has been fighting for its freedom for a long time, all the whole way from the Medieval Ages, and now it has found itself under the reign of a new burden – from far-fetched thoughts and tons of information we perceive so quickly never having time to analyze or apply it. I want to quote Fromm’s sayings that are timely like never before for a modern society: ‘The history of humanity – is a story of growing individualization and at the same time, freedom strengthening. The strive for freedom is an inevitable outcome of individualization and culture development. The strive for symbiosis with somebody else is always caused by inability to survive the loneliness of selfhood. The threat of war makes a great contribution to the feeling of personal disability. Powerful self-affirmation is adherent to the modern human, though in fact, its ‘selfhood’ is weakened and reduced to a single part of the whole ‘self’ – of intellect and will of power – to the exclusion of remaining personal integrity features. During the Middle Ages capital was a servant of a human, and now, in modern economy capital has become its master’.” 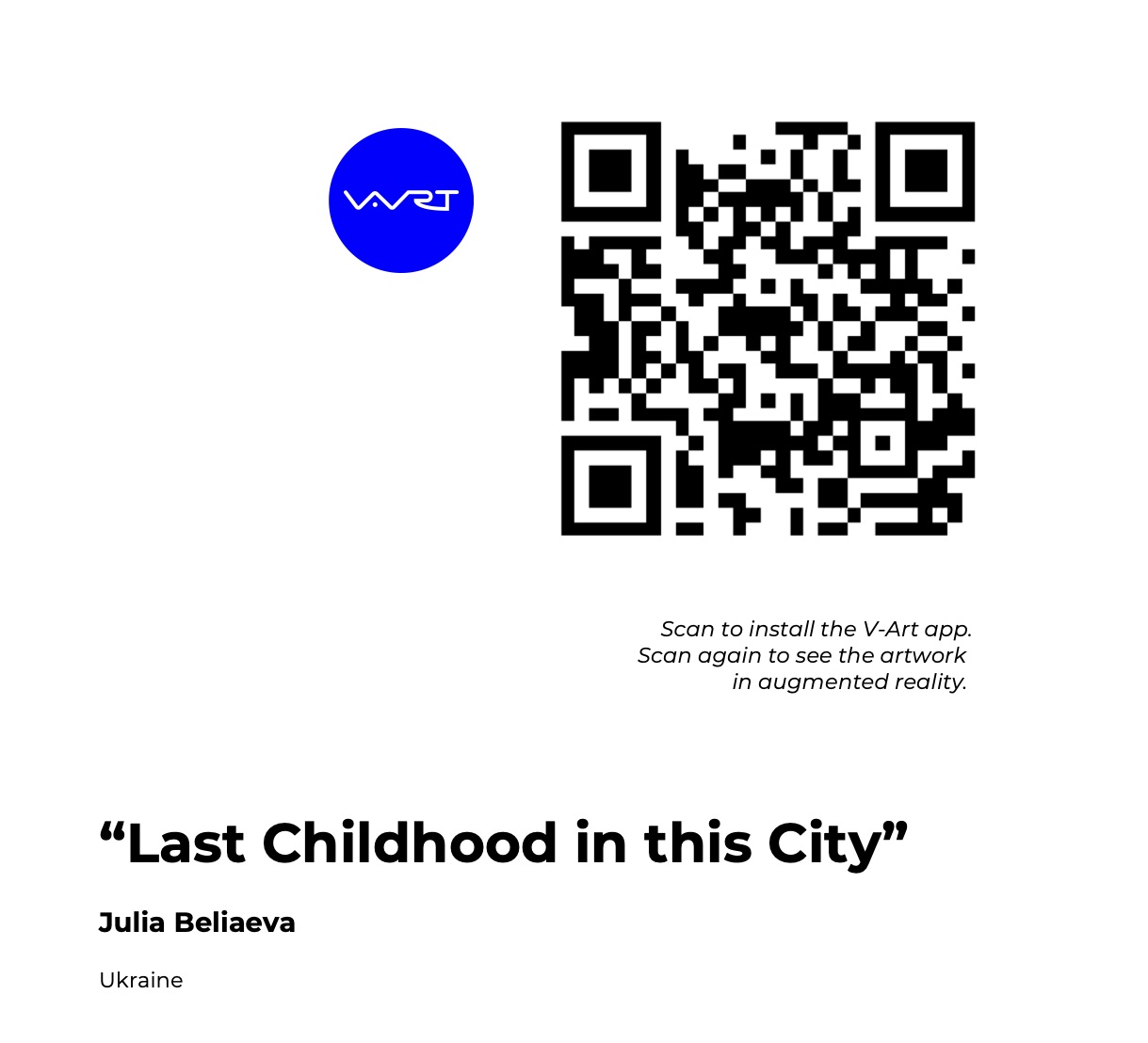 “Girl with cotton candy on the background of the Ferris wheel. She’s in an amusement park, a frozen piece of simple childhood happiness. At first glance, the scene is idyllic, but this is the Ferris wheel of Pripyat. Perhaps, we are in 27th of April, 1986 …
A frozen scene in monochrome tones resembles a three-dimensional black and white photograph. The digital dimension creates the ephemerality of what is happening. The lonely figure of a girl with happy emotions is contrasted with a huge Ferris wheel. There is definitely something sinister about this landscape. Working with a long-gone time, a frozen moment of personal, shared history before or after a major disaster. Cotton candy in the hands of the girl is a symbol of propaganda, a great power melting under the scorching sun. The viewer has the opportunity to feel this reality, to come into contact with it. Thus, the story of the last childhood in the Pripyat city becomes real in another dimension.”