Guest Post: The Commodification of Ignorance by David Garcia 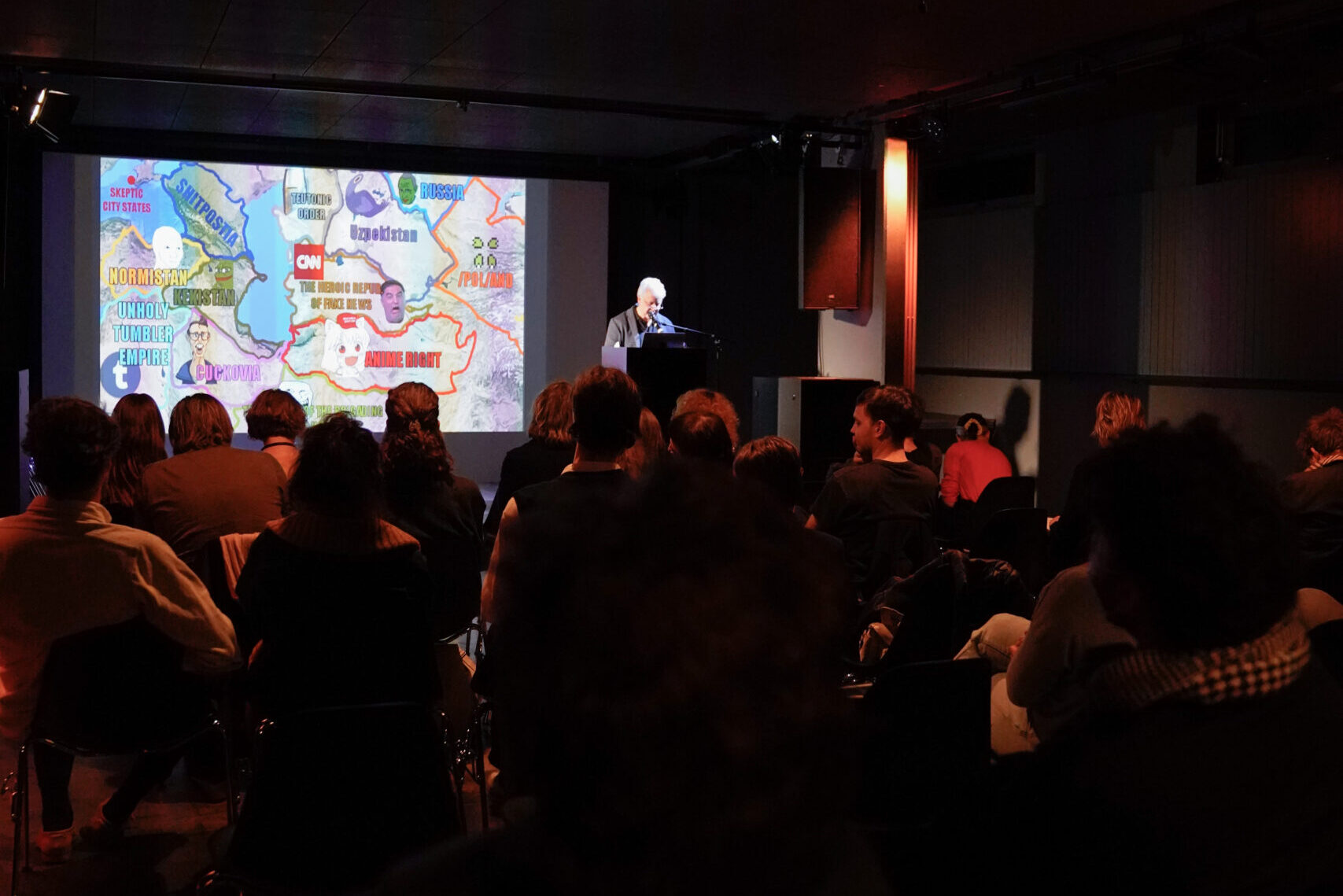 The exhibition “How Much of This is Fiction” at HeK in 2017, featured artists as tricksters who use tactics of simulation, deception, and subterfuge for nominally progressive ends. There was however one artist, Paolo Cirio, who took issue with the show’s ‘premise, arguing that he was advocating the very opposite of fiction, choosing instead to foreground facts, data, evidence and above all ‘truth telling’.

Cirio introduced the term Evidentiary Realism to suggest the emergence of a wider 21st century realist movement. This approach was further developed by Matthew Fuller and Eyal Weisman under the rubric of ‘Investigative Aesthetics’ in a book of the same name, in which the authors represent the likes of Forensic Architecture and others as an ‘epistemic’ movement operating in opposition to the anti-epistemic (their term) background conditions facilitating the rise of reactionary populists typified by the likes of Trump, Modi, Bolsonaro, Orban and Putin.

In this short post I want to push back against the epistemic/anti-epistemic binary. All populism, reactionary or otherwise, is also an epistêmê. But one based on the knowledge claim that they alone ‘know’ the true will of the people. There is thus an inadvertent complicity underlying the phoney war between technocracy and populism. Anyone who doubts this need look no further than the performative contest between Le Pen and Macron. 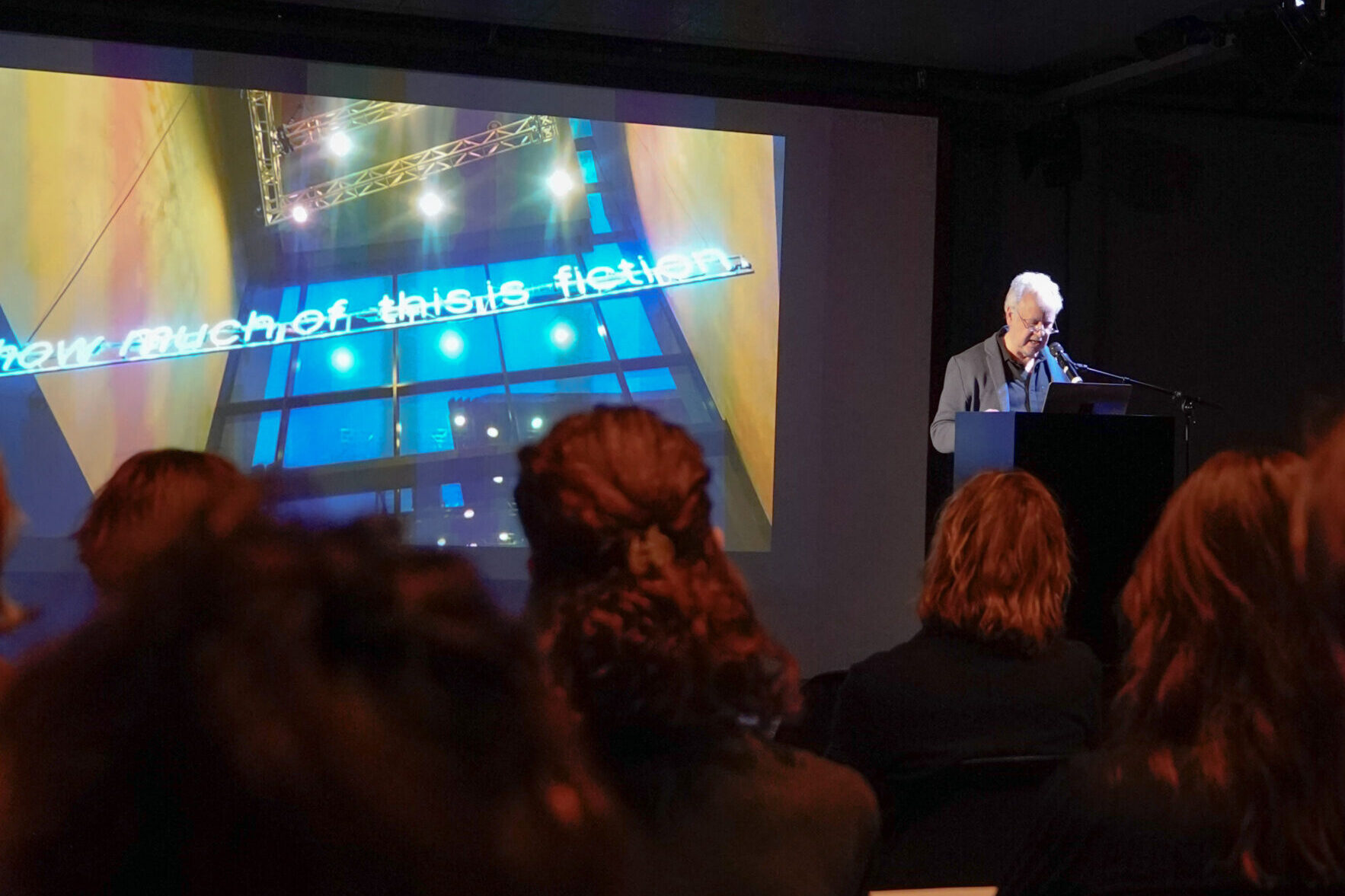 Merchants of Doubt
The ‘epistemic turn’ in both art and politics is founded on the widely held belief that we must give a central place to ‘knowledge’ in what we take democracy to be. But unfortunately, this politicisation of knowledge has had the unintended consequence of weaponizing knowledge’s dark sibling, ignorance. Not ignorance as a void or the still undiscovered, but ignorance as a deliberately crafted commodity; and a force to be reckoned with.

Thomas Pynchon put it well in his introduction to a book of early short stories, in which he reflects on the insights arising from re-reading his early work.

”Everybody gets told to write about what they know, the trouble with many of us is that at the earlier stages of life we think we know everything – or to put it more usefully, we are often unaware of the scope and structure of our ignorance. Ignorance is not just a blank space on a person’s mental map. It has contours and coherence, and for all I know rules of operation as well…”  [Pynchon T. Slow Learner Brown. 1984.]

“Unaware of the scope and structure of our ignorance.” remains a resonant phrase and although he was speaking of individual writerly psychology the observation has, with the passing decades accrued far wider currency in the art and politics in the post-truth era.

From Junk Bonds to Junk Data
The attack on the Capital was US liberal democracy’s near-death experience, the political equivalent of Capitalism’s heart attack of 2008, signified by the collapse of Lehman Brothers. But in place of ‘junk bonds’ and ‘sub-prime mortgages’, the events of 2019 substituted ‘junk-facts and ‘sub-prime data’.

Multiple images from Trump’s attempted coup revealed just how many of his most ardent followers, were simultaneously declaring allegiance to the mysterious conspiracy cult of QAnon. This visible overlap of support for both Trump and Q demonstrated in real-time that the crisis in knowledge and the crisis in politics really had become one and the same thing. We might (as Geert Lovink declared) have reached peak data but there is little likelihood of reaching peak ignorance any time soon.

Pinker’s Question
QAnon’s calling card was ‘Pizzagate’, one of the more unhinged of recent conspiracy theories, in which children were allegedly kidnapped and ritually abused by a satanic cabal of paedophiles directed by Hillary Clinton who imprisoned the kids in the basement of a well-known Pizza parlour. This absurd narrative circulated freely on the internet right up until the moment that a lone avenger, Edgar Welch, took it upon himself to rescue the kidnapped children, only to discover that not only were there no children in the basement. But the Pizza parlour in question didn’t even have a basement.

Edgar Welsh’s hapless rescue mission prompted psycholinguist popular commentator, Stephen Pinker, to ask a useful question: “why, given the popularity of QAnon and Pizzagate, did only one lone avenger, take it upon himself to attempt to rescue the children?”

The reason, Pinker concludes, was a kind of willed ignorance. The other followers of Q, Pinker speculates, tacitly understood that the story was a fiction but suspended disbelief and continued to engage with an entertaining story. Pinker goes on to compare this kind conspiracy to “a multi-player game that gave participants a readymade community and was too enjoyable to fact check. “Myths like these” he concludes “are a lot more appealing than rationality”. 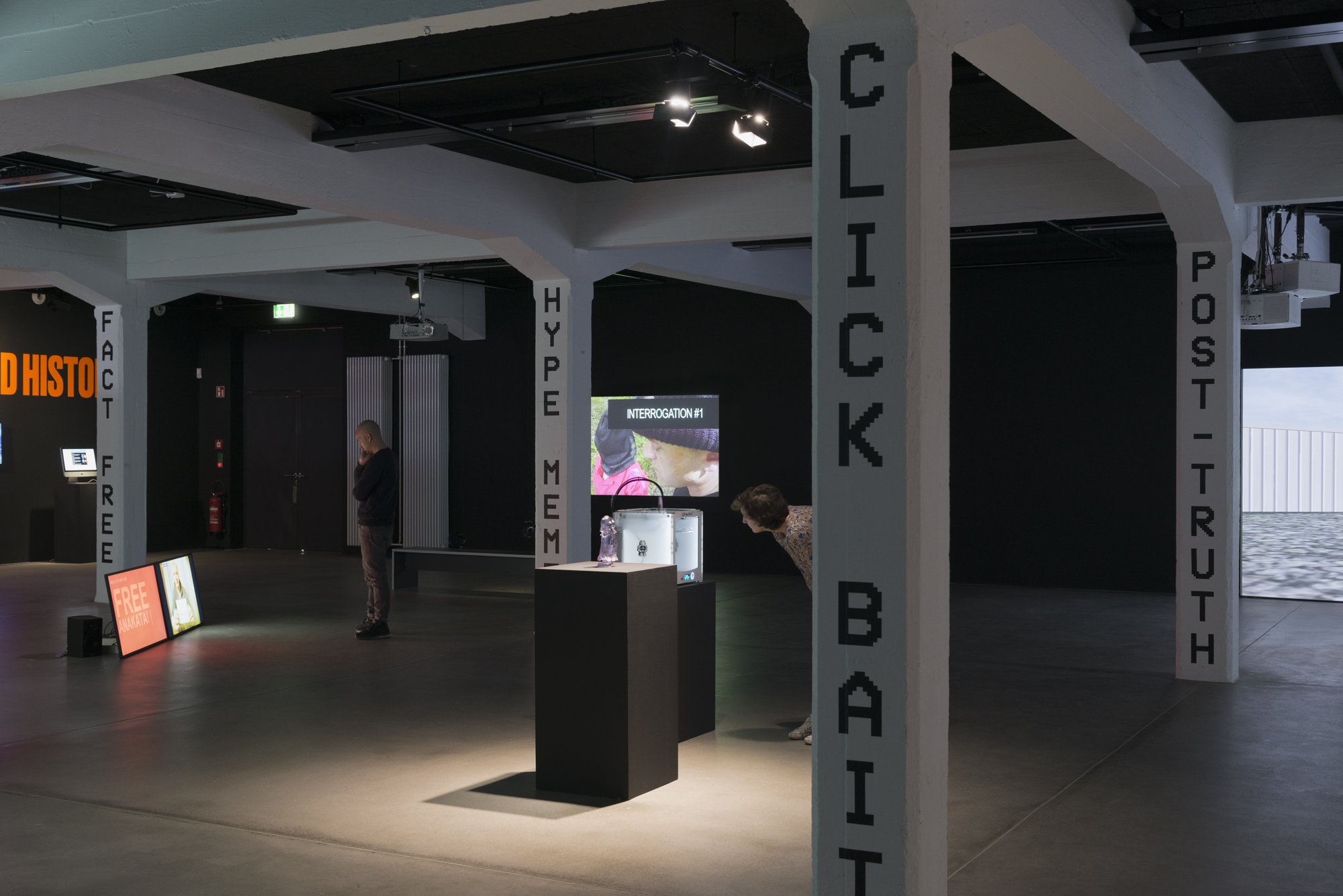 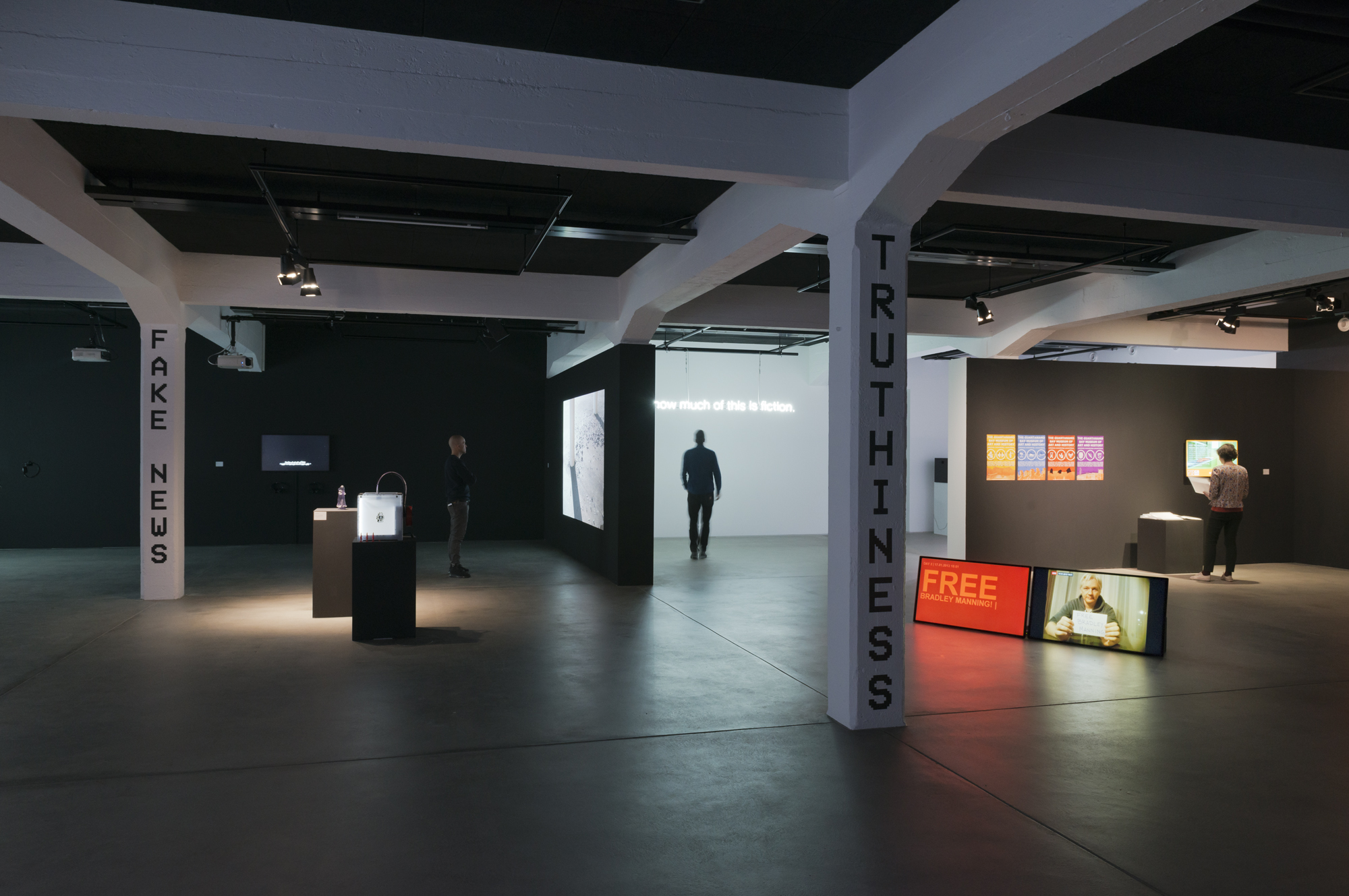 Agnotological Realism
Zizek’s ‘unknown knowns’ suggests a new set of curatorial spaces around the concept of: agnotology. This term might allow us to act ‘as if’ there are works and exhibitions enabling us to draw circles around the “scope, contours and of our ignorance”. This would have real value in an era uniquely susceptible to the manufacture of ignorance as a potent strategic ploy.

The term agnotology was coined by historian of science Richard Proctor and linguistic researcher, Ian Boal. The neologism combines the Greek agnosis (‘not knowing’ e.g. agnostic) with ontology. The resulting concept of ‘agnotology’ is useful antonym to the ubiquitous epistemology. And addresses the need to take study of ignorance as seriously as the study of knowledge.

This is no idle word-play for Procter, it stems from discoveries made in his decades long research into the tobacco industry’s campaign to undermine medical science’s early consensus on the harmful effects of smoking, culminating in his classic study on this shameful campaign ‘The Golden Holocaust.’

One of those discoveries was an internal memo sent by the Brown & Williamson tobacco company which included the sentence: “Doubt is our product since it is the best means of competing with the ‘body of fact’ that exists in the mind of the public. It is also the means of establishing a controversy.”

New Circles of Ignorance
These new realist movements are not restricted to the visual arts. The literary scholar, Toral Gajarawala has written an insightful analysis of so-called ‘Finance Fiction’, a genre of novel that emerged post the financial crash of 2008.  Notable examples are Zia Haider Rahman’s In the Light of What We Know Joseph O’Neill’s Netherland, John Lanchester’s Capital and Mohsin Hamid’s How to Get Filthy Rich in Rising Asia.

Though analytical and data rich these fictions go way beyond the straightforwardly evidential, as Gajarawala points out that, “for all the information these novels provide, their ultimate achievement is to draw a circle around our ignorance. Yes, it makes much of the raw data of experience, but only in order to direct our attention to the full range of our illiteracy.”

Towards the end of the article Gajarawala reminds us that the early modern realists were not just by-standers. Artists like Courbet and “novelists like Dreiser and Zola were committed socialists’ naturalism was a political project as much as an aesthetic one.” “Who,” she asks, “are their counterparts today?”