Decentralized Series: UBERMORGEN “Everybody needs a d1ck, so go ahead, buy and be a d1ck“ – Anika Meier

Uncategorized
Decentralized Series: „Everybody needs a d1ck, so go ahead, buy and be a d1ck“ – On the NFT Collection “The D1cks” by UBERMORGEN written by Anika Meier.

Decentralized Series: „Everybody needs a d1ck, so go ahead, buy and be a d1ck“ – On the NFT Collection “The D1cks” by UBERMORGEN written by Anika Meier. 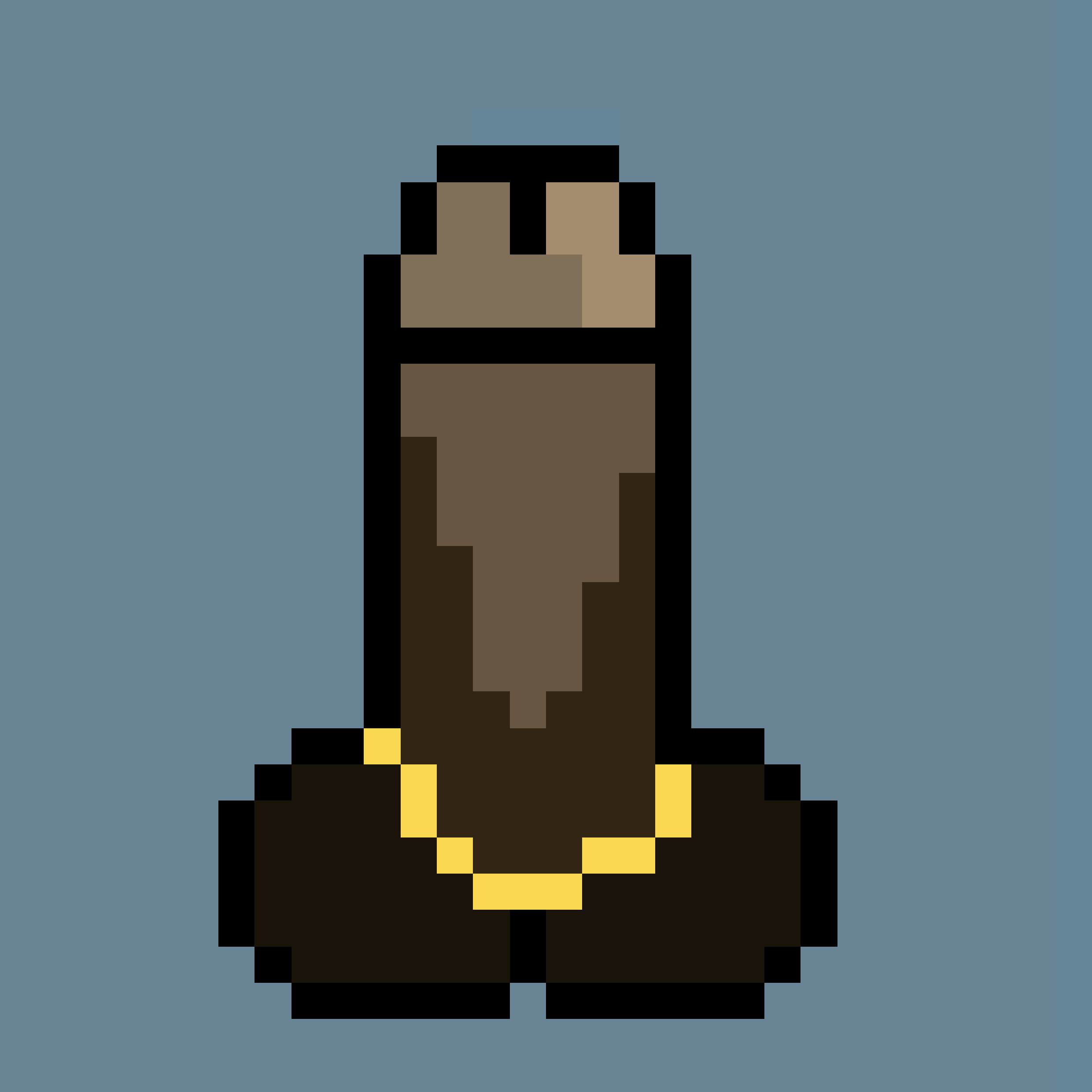 The artist duo UBERMORGEN is internationally known for media hacking and digital activism. They are pioneers of net.art, CNN has described them as “maverick Austrian business people”, the New York Times called them “simply brilliant”. Since 1999, UBERMORGEN has been Maria Haas (a.k.a. Liz or lizvlx) and Hans Bernhard (a.k.a. etoy.HANS, etoy.BRAINHARD, hans_extrem, e01, Luzius Bernhard), who live in Vienna and teach at the Academy of Media Arts Cologne. Their art has been exhibited at MoMA/PS1, Whitney Museum, Center Pompidou and the New Museum, among others. Their influences are Rammstein, Samantha Fox and Viennese Actionism. In the tradition of the Viennese actionists is digital actionism, which uses digital space. “Digital actionism means free radicals, experiments in the attention market – the global mass media news channels,” writes Hans Bernhard in his text “Media Hacking ­– Digital Actionism”. He defines media hacking as “the massive intrusion into mass media channels with standard technology such as email and mobile communication (cell phone)”. https://www.ubermorgen.com/publications/iem_cube_2005/CubeMediaHacking.htm

In the year 2000, UBERMORGEN.COM offered US voters the opportunity to auction their votes on the Internet via an online auction platform under the slogan “Bringing Capitalism and Democrazy Closer Together!” for the presidential election. A US state’s votes could be sold to the highest bidder, with a share of the proceeds going to the vote sellers. That’s not allowed, of course. Proceedings were initiated in 4 states, but ultimately no illegal activities by UBERMORGEN.COM could be proven.

The HEK Basel collection includes the work “The Sound of eBay”, a website that generates MP3 tracks from eBay user data, which are presented in the form of teletext sex ads. UBERMORGEN describe the work as an “affirmative high-end (media hacking), low-tech (teletext look) contribution to the atomic soundtrack of a new shock capitalism”. https://www.hek.ch/en/collection/artworks/sound-of-ebay/ Following the three big players of e-commerce – Google, Amazon and eBay – UBERMORGEN are taking on the hyper-capitalization of the art market, especially digital art, creating NFTs.

Hence the staccato-like overview of UBERMORGEN’s work. You have to know their story and their work to not frown and think the next artists are out to make a quick buck from NFT sales – which is what NFTs seem to promise. That’s the general impression you get when leafing through the relevant media. Most recently, the Spiegel headlined “I bought an NFT – am I going to get rich now?” Spoiler: of course not. But as I said, if one thinks of Beeple’s spring auction of “Everydays – The First 5000 Days” at Christie’s, the impression arises that the auction record of 69.3 million US dollars is still unbroken. Almost every day there are new reports of very high sums being paid for NFTs from the Bored Ape Yacht Club and CryptoPunks collections, for cartoon images of monkeys and for pixel images of punks. Such an auction record was also reason for UBERMORGEN to react, the result is the collection “The D1cks”, which refers directly to the CryptoPunks from Larva Labs. https://objkt.com/collection/KT19gWnTdsLQVuhdZgMBpTuXHh1JWGciPtiJ 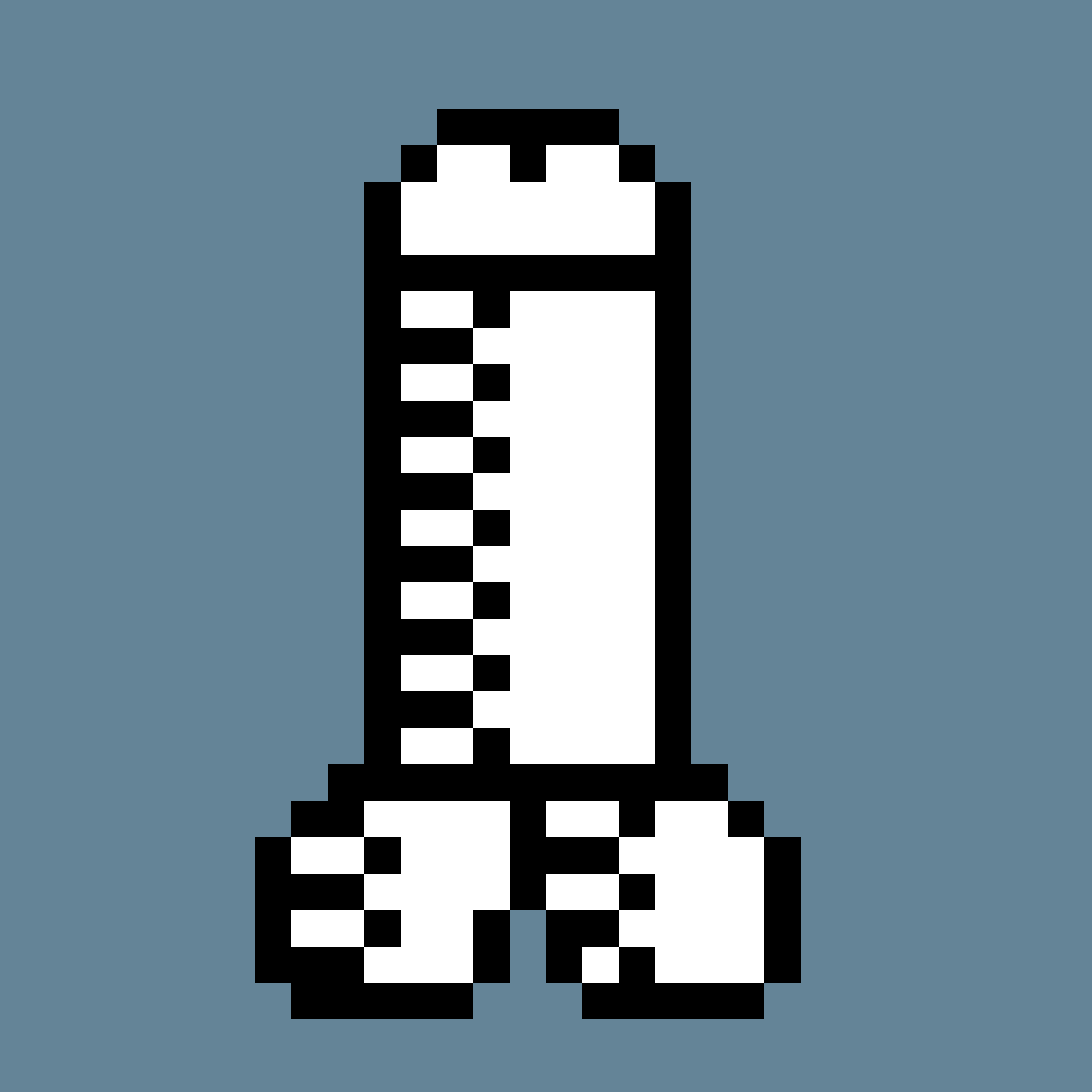 The CryptoPunks are a collection of 10,000 automatically generated 24×24 pixel avatars with individual characteristics. On the larvalabs.com website you can see the overview of the types, their attributes and their distribution. There are aliens (9), zombies (88), monkeys (24), men (6039) and women (3840). These can have attributes such as a Mohawk (441), Headband (406), Cowboy Hat (142), Cigarette (961), Hoodie (259), 3D Glasses (286), Beanie (44), Clown Nose (212), Gold Chain (169) and many more. Today, these NFTs change hands for hundreds of thousands, and in some cases millions of dollars. CryptoPunks have changed hands over 10,000 times in the past 12 months via the Larva Labs marketplace. But back in June 2017, the punks were available for free, the collectors only had to pay the transport costs, the so-called gas fees. Of course, Larva Labs didn’t know whether this would work technically and psychologically – Hall and Watkinson have often talked about this in interviews. It was an experiment, they wanted to find out if people assign value to digital possessions. We now know the answer: yes.

In June 2021, an Alien was sold at Sotheby’s for $11.75 million. In May 2021, a collection of nine punks sold at Christie’s for $16.9 million. On February 12, Punk #5822, one of 9 aliens, was purchased for $23.7 million. UBERMORGEN immediately countered with an image of a penis in the alien punk’s colors, which they minted on the blockchain Tezos at 00:04 on February 13 and put up for sale via the marketplace objkt.com. “The D1ck #5822” was sold for 20 Tezos (about 40 US dollars) and immediately listed by the collector for 2.7 million Tezos, that is, put up for sale. So far this sum has not been paid. Meanwhile, two of the “D1cks” are also in the collection of the HEK Basel. 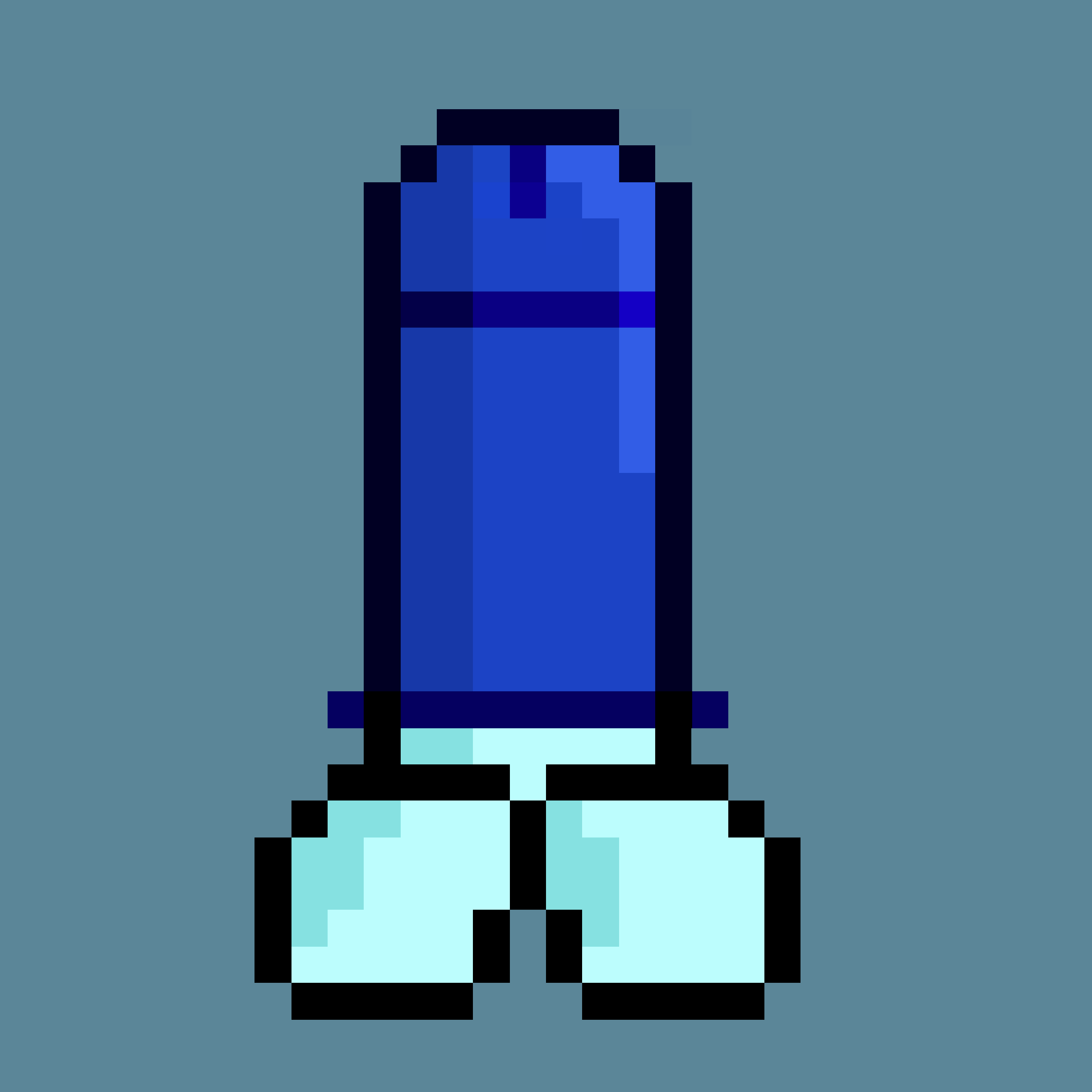 LarvaLabs have kicked off a trend with CryptoPunks that promises success: 10K+ Profile Picture Projects (PFP). The Bored Ape Yacht Club is probably the best-known NFT project, which is also making headlines with record sales. Celebrities such as Paris Hilton, Justin Bieber and Madonna now own such a PFP, which they sometimes use as a profile picture on social media. Monkeys populate Twitter, along with Moonbirds, Doodles, CloneX and many more. Instead of handbags, watches, or cars irl, profile pictures are the new status symbols online; they also signal membership in a community and provide access to exclusive content (e.g., a metaverse) and other NFTs or tokens. 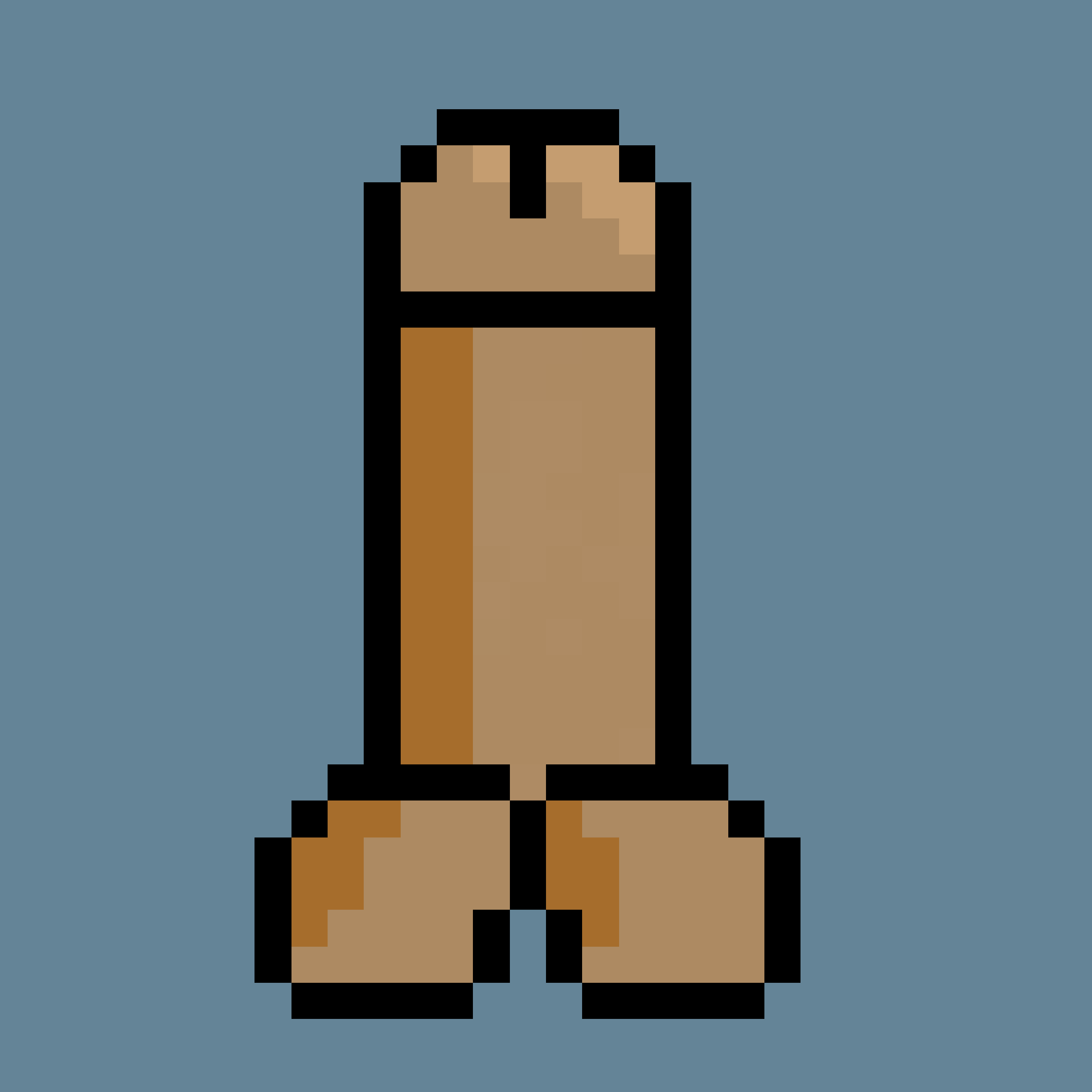 But now why penises from UBERMORGEN? The answer can be found in the text of the collection: “I guess everybody needs a d1ck, so go ahead, buy and be a d1ck. I mean have you ever seen anything relevant without a d1ck? Every d1ck is hand-crafted by lizvlx’s tender feminine hands,” it says, among other things. Men make art, men buy art, men decide on relevance, men make prices, is the poignant answer. Just look at the sales figures of NFTs, female artists accounted for only 5% of sales in the NFT market, only 16% of NFT creators are female.

UBERMORGEN wouldn’t be UBERMORGEN if they didn’t react subversively to the new online art world. Superficially, they seem to serve the market with another PFP project.

“The old rule applies: you have to have reasons not to do something, you never need a reason to do something, doing without a reason as the basis of Dada pairs perfectly with the NFT sphere. What is sold is what cannot be owned and this is what creates the pre-post-capitalist additional value in the form of an impossible object. The idea of ​​owning it is more real than the object itself, and this makes the impossible object, the NFT, more, not less.” 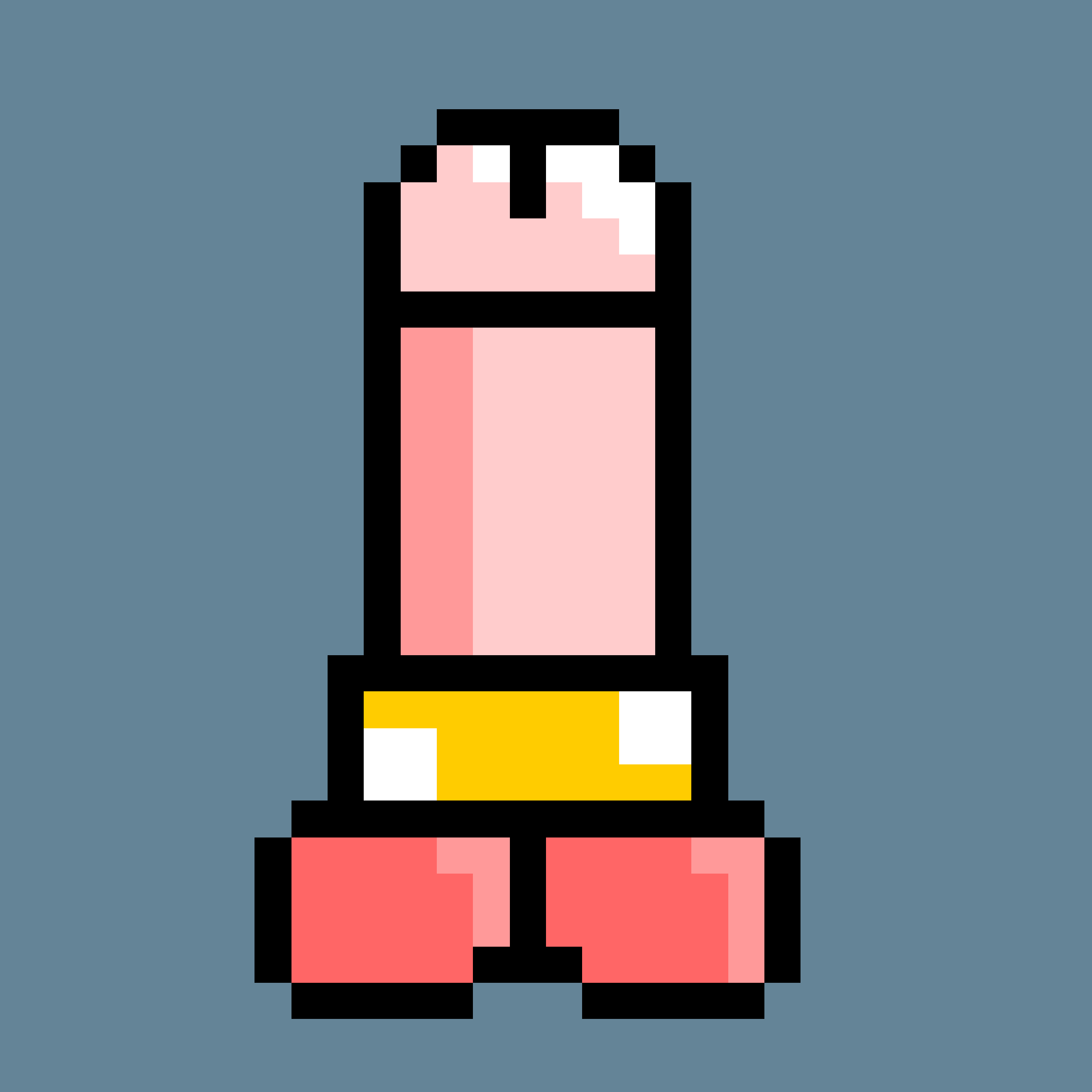 In concrete terms: imagine a D1ck next to Dürer’s praying hands, both objects praying for their fulfillment of the ultimate dream – admission into the hallowed halls of success. Dürer, the inventor of branding in art, would have been dying for NFTs, UBERMORGEN wrote to me when I asked: why NFTs from UBERMORGEN at all? 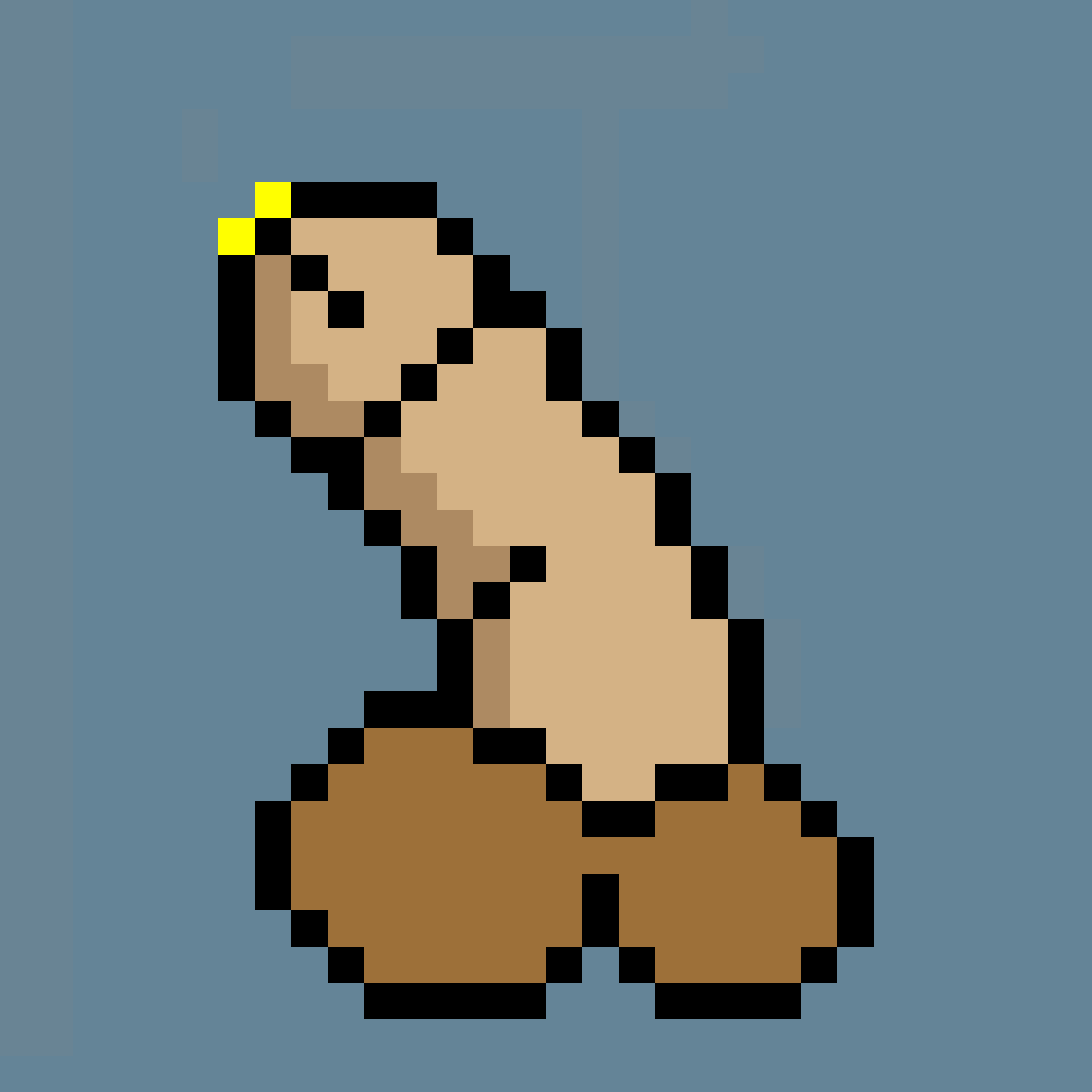 And it really isn’t just another PFP project, 10,000 automatically generated images that promise quick success. No, UBERMORGEN take the pace out of the ever faster turning NFT market and drop their D1cks at irregular intervals. Handmade penises by a woman who approaches pixel paintings with a precision like a painter approaches a canvas. UBERMORGEN call their collection of D1cks haute couture, each D1ck is unique. And yes, the pubescent puns are intentional. Whoever owns such a D1ck and talks about it might even make dirty jokes quite unintentionally. This is UBERMORGEN, media hacking and digital actionism on the market of attention, infiltrating with pubescent humour where otherwise only money talks. 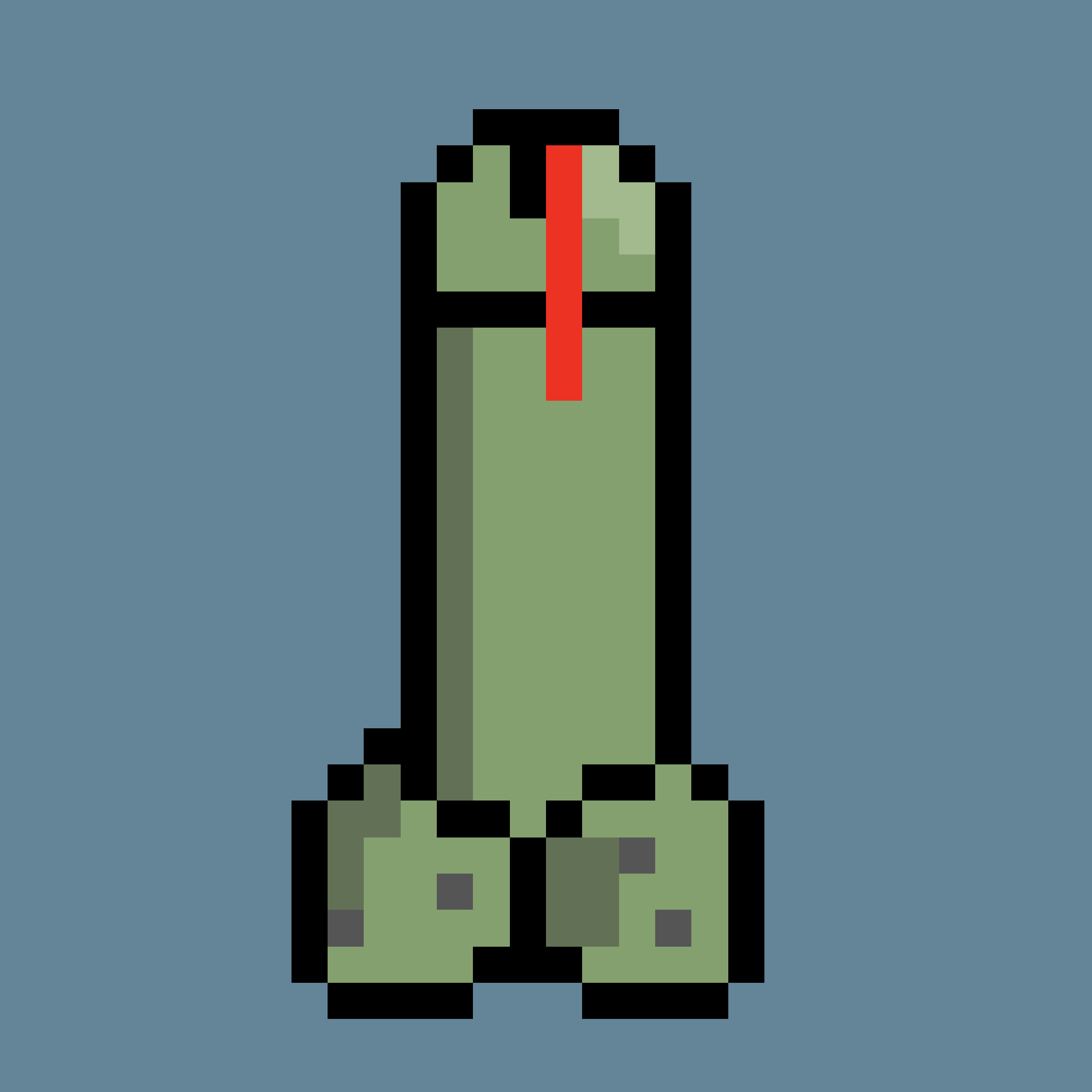