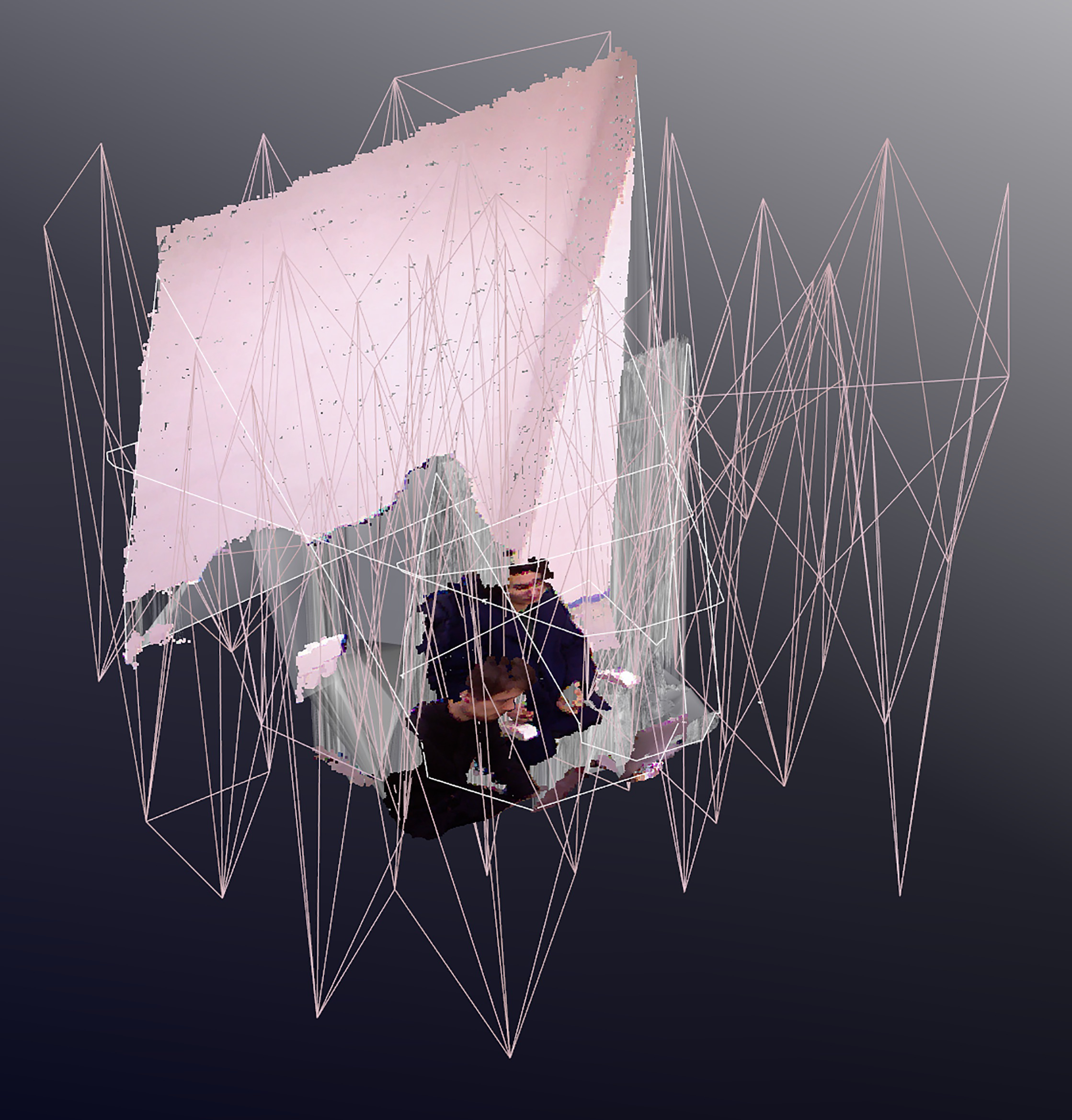 “Creating a work of art—from the idea and all the way to its embodiment in an art object and later in a display—is a process with an unknown result. There is always leeway for unexpected decisions, quirks of the material, and new angles. Even if all the stages are completed as expected and the idea is realized at its most literal, there is always context. In the case of an exhibition, there is the context of the place, and then there is always the context of time. In terms of form, ‘Medium Shot’ is an art piece consisting of many overlaid visual layers. The first one—the painting by Oleksiy Kulakov and Nataliya Papirna—presents the myths of Ukrainian statehood as a set of cliches. Each new layer marks the movement toward the original—the symbols and concepts that make up the base of our country. On its way through the context of modern time, this movement has reached a sudden peak point. All canonical images—the portrait of the Poet (Taras Shevchenko), the blue-and-yellow flag, the building of the Verkhovna Rada (the unicameral parliament of Ukraine) became vitally important, sense-making even. A multitude of people has been amalgamated into one societal body that will be split by polar opinions and concentration on self the moment the threat is gone, the moment the war is over.”

Ivan Svitlychnyi was born in 1988 in Kharkiv (Ukraine) and graduated in 2012 from the Kharkiv State Academy of Design and Art. The main practice of Svitlychnyi is associated with new media, as well as video, sound and science art.
The SVITER art group was established at 2008 (Kharkiv, Ukraine) as a musical experiment of actress and theatre historian Liera Polianskova and engineer Max Robotov. Since 2011 the group’s practice has involved performances and installations. In recent years the group’s creative attention main focus is new media art, sound, video, programmingn, VR. Ivan Svitlychnyi and the SVITER art group cooperate at various artistic and curatorial activities together, and one of their projects is the Shukhliada exhibition environment (2013), a platform for independent curatorial and artists projects. The artists activities were presented, among others, in the Ukrainian Pavilion at the Venice Biennale (2017) and as part of the in the transmediale Vorspiel festival 2018. The artists live and work in Kyiv.

The main subject of the video is ‘Statebuilding’, the painting by Oleksiy Kulakov and Nataliya Papirna for the 10th anniversary of regaining independence  by Ukraine. Since that time, the painting has been displayed opposite the entrance to the Assembly Hall in the Verkhovna Rada of Ukraine in Kyiv, and has become a hallmark of its interior. Despite the glamorous and bombastic quality of the word presented, the painting stands out with also using a set of myths  lying at the foundations of statehood. Without attempting to embrace the entire context of the painting, that is its ‘Wide shot’, the authors of the video focus on a more narrow context: the building of the Verkhovna Rada and the details of its interior. At the intersection of lines that to connected to the key historical and cultural topoi. ‘Statebuilding’ becomes a particular model that the artists use to explain the contemporary Ukrainian politics and society.

In order to keep contact with one another and continue artistic activities together, in times of lockdown and self-isolation, community members of Photinus studio created an online space for performative collaboration where everyone becomes a part of a single “body” / collective character that takes variety of forms in accordance with the environment and tasks. The plot of the performance ‘Out of body experience’ is a journey of that collective character to the sea.

The Photinus studio is a community founded by Ivan Svitlychnyi and the SVITER art group, in Kyiv (2018), and targeted at development of new media art in Ukraine. Community members are actively involved in the Ukrainian art and exhibition process. As part of Photinus studio and individually, they took part in the following projects/exhibitions: online exhibition ‘Solidarity and Agency’ ( the project at the Arsenał Gallery,Bialystok, Poland, 2020), the Interdisciplinary Program of the Docudays UA International Human Rights Documentary Film Festival (Kyiv, Ukraine, 2021), XI International Triennial of Ecological Poster – The 4th Block (Kharkiv, Ukraine, 2021), SESAM: Small European Students of Architecture Meeting (Slavutych, Ukraine, 2021), etc.